Now that you’re swimming the light, tell us
what you ink.
Are you fired up by the radiant mouth
of yesterday’s ashes? By the handheld thunder
amid ejected objects?
Oh, how we like your ubiquitous unpredictability!

In the court of awe, a gem losing its case.
The burnt umber of the day.
Magnets operate compasses.
“Don’t mind my stultitia,” says the purpose.
“Don’t mind course edits,” say the eddies.
Long time, no ask.

Now our “else” wants to be something else. Perhaps,
a thermal mystery. Or strawberry stars.
There’s more confusion underwater
than above the clouds, more history
in the mirrors than in the eyes.
Deviate, reflect.

Once in a Brazen Moon

Shadow of an arrogant ship…
How can I hear them speak? Not the dead
but the raucous pines.

Medusa would have been amused
by our hairy seaweeds. There would have been
many more hot air balloons
if it hadn’t been for this war.
What’s left in celestial clefts?

Collective mind is a giant grouper
that follows near-bottom flows;
individual mind, a suckerfish.
The draught of confusion, the warmth
of embarrassment. Give us all
or give us none. Who’s writing history
in spent ink?

I’d do it for the light in which a loss blossoms.
I’d do it for eww.
Only the rusted are trusted, why?
I pluck at loose dulse. The flooded bed,
the torn casing of time.
Then we all fall
through a rainbow of layers.

Scraping over a Sandbank

A boneless helicopter is always there
to pick you up. Hold on to your inner
Baron Munchausen.

It is summer. Some hairy souls smooch
pseudoaluminium saxophones.
At every crossroad,
the dust of the concrete Isle of Crete
relapses into a silent poem of adversity.

Criteria of crumbling are a labyrinth.
The Minotaur is a cloud, rigid
as a mammoth skeleton.
The kill bull bill has just sifted
through “as if”.

Shoreline is a shrine. The century
has been left dark side up;
doubts wing their way over it.
Pullulating fish mouths have all the answers.

An earthquake? It can be squeezed
out of your mind tremors.
Exaggerate your egg bubbles, agglutinate
a glowing necklet of spherules and satellites.
I tell you fear is blood,
we drank it all.

In your line of killing, life
already is a skeleton.
We’ve sudetenlanded
in ten lands. We’ve
1939ed our 2014.
Such fun!

As the garden shrinks
into a kernel, complacency
rocks itself in a chair.
Your day drowns trust
in lunar dust. Where the sky
plays possum, your hands blossom.

Soft-spoken biro.
Madness machine.
You are the exiled graphite
of trees.
The world will rotate
around your rusty axis.

Having seen the fruits, we replant the roots,
a pretty scientist chants
into self-infused obscurity.
She’s a cleft squirrel, and there are
speech bubbles in her glass.

Other squirrels have shadows for tails; they’ve
cut themselves loose from the vine of cognition
aeons ago. Ideals surrender to necessity
(expect trumpets at every itchy moment.)
It’s a story of growth told by an axe.

Dr. Frankenstein, Head of Research,
scoops walnut brains with his silver spoon.
Trust them usefully in a narration.
Pale writing. Petals of a misty blue flower.
Mystery can never be amiss.

Ink-blot monsters are in no hurry to sink
into the ink-pot of oblivion. Background volcanoes
have spoken in the language of flame;
the sulfury breeze is infested with sugary voices.
So this is how it is going to be . . .

And yet again, somebody grabs the axe handle
covered with notes of praise and admiration.

Do you agree with Adam Zagajewski who once said the following: “While writing a poem I am a poet, whereas at other times I am an ordinary man”?
Is a poet an ordinary person? I would say, yes and no. When I write, I try to create an alternative reality, which sometimes results in me finding myself in some kind of “poetic space.” These periods of complete disconnection with real life leave an imprint on you, noticeable rather to others than to yourself. Sometimes you see astonishment in their eyes!

What triggers your writing process?
Sometimes a particular phrase gets me going, sometimes I mishear something, and the metamorphosed sentence, or a combination of words, sounds marvellously fresh and appealing. If I can’t come up with a good opening line, there’s no point in continuing. But if I do, I just try to develop it. Sometimes I have a feeling that the poem writes itself, I just need to jot it down on paper, or type it.

Your poetics?
Surrealism, mainly. As Octavio Paz once put it, Surrealism is not a kind of poetry; it is a poetics and a world vision. In the 21st century, we know the meanings of words and things only too well. A surrealist cuts the ties between things and their meanings, and then rearranges such ties, or draws new ones. A Surrealist is always a creator, because for him there’s no given reality.

How do you frame a poem as in, what is the framework?
I am a former musician, and I know very well that a poem shapes itself; you just have to cut off the surplus. Then I put the first draft aside for a while—and come back to it later to look at it with fresh eyes. If it is the right moment, the poem shows me its flaws, and I begin to think how to improve it. Then I put aside the second draft – and so on. Finally, the moment comes when I realise that I am happy with this particular piece and don’t want to change anything in it. Like in music, the framework is the audible. I sometimes read my poem to myself, just to check if it sounds right.

Who are your influences / poets whose work you admire.
My influences? Almost everything you read affects your writing. I can go as far back as Shakespeare, William Blake, Saint-John Pearse, André Breton, Paul Celan, Gabriel Garcia Lorca, Samuel Beckett, Dylan Thomas, Zbigniew Herbert, Thomas Tranströmer, and the Slovenian poet Tomaž Šalamun; and on the other side of the Atlantic—Walt Whitman, Emily Dickinson, Stephen Crane, Carl Sandberg, William Carlos Williams, Jack Spicer, Mark Strand, Philip Lamantia, James Tate. I would say, their works were examples for me rather than sources of stylistic borrowings. The poets I admire? All the aforementioned, and many more, including our contemporaries, such as Charles Simic, Stephen Dobins, and Dean Young.

How did you find out about Diaphanous?
I was trying to google Jennifer Juneau in search of her latest poems – and, as it happened, I found them in Diaphanous Review.

Anatoly Kudryavitsky is living in Dublin, Ireland. He has published a collection of his poetry titled Shadow of Time (Goldsmith Press, 2005) and three collections of his haiku, the latest being Horizon (Red Moon Press, USA, 2016). His poems have also appeared in Oxford Poetry, Poetry Ireland Review, The Prague Revue, Plume, The American Journal of Poetry, The Honest Ulsterman, Cyphers, The SHOp, Stride, Otoliths, etc. His new (second) novel titled The Flying Dutchman has been published by Glagoslav Publications (UK) in July 2018. He was the recipient of the Maria Edgeworth Poetry Prize (Ireland, 2003), the Mihai Eminescu Academy Award for Poetry (Romania, 2017), and multiple international haiku awards. In 2016 and in 2017, his poems were nominated for the Pushcart Prize by The American Journal of Poetry and Shot Glass Journal. He is the editor of SurVision poetry magazine. 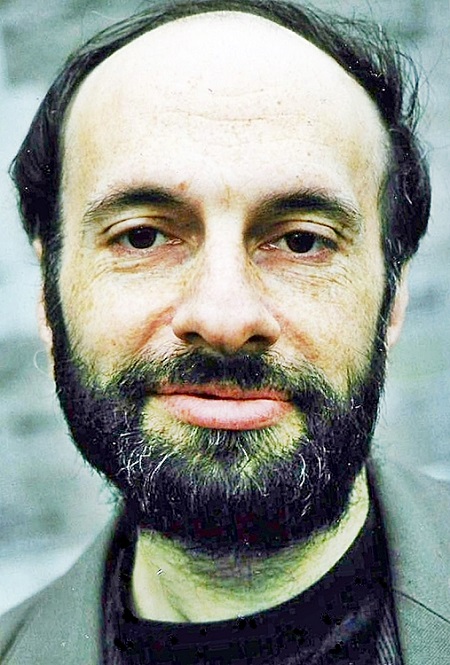