My Dead Boy – A Ghazal

Eleven years after, my boy’s still dead.
(I hold him in the rafters of my head.)

His photo’s propped at the side of my bed.
(I kiss it on the nightstand near my head.)

A letterman jacket hangs in his stead.
(I shelter him, deep inside my head.)

Are you over it? my heartless friend said.
(I nail her to a grim place in my head.)

Each night I tell myself that dead is dead.
(But there he is, the gallows of my head.)

Awake, I relive the terrible dread.
(I shut myself to sleep inside my head.)

I still can’t bear to hear his name said.
(It echoes in the chambers of my head.)

Sweet mama! Stop turning everything red.
(I want to shoot myself in the head.)

“Birds born in cages think that flying is an illness.” Alejandro Jodorowsky

He loves me because I look like his mother at 30.
I discover her photo in a secret drawer,
the same rounded hips,

and dark, wavy hair,
her pale, off-the-shoulder blouse an exact
duplicate of one he’s given me.

She has bigger breasts, deeper cleavage.
You eat like a bird! her son chastises,
passing me the cheesecake.

Suddenly it all makes sense.
Like when he cries Mama! in his dreams.
Awakens empty-armed. Abandoned.

He does not cry out for me.

Shoved under our door, a flyer:
“If you find a dead bird, call 1-877-WNV-BIRD.”
Lost between the bed and the mirror, I look and look.

He hides his obsession in a stack of magazines
in the bathroom. A blur of a girl, naked,
disappearing in a doorway. It could be his mother.

He locks the door.

When he hits me because I look like his mother,
he pulls back his fist, takes aim at her caged facsimile.
I hold perfectly still.

We both know he could never hit his mother.

Your open ‘fridge is the floodlight
at a Hollywood premiere,
a beacon for gourmands,
a newly-minted saint.
It lights up Sunset Blvd. from Olivera Street
to the beach.

Your smile is the blancmange of my sugar crave.
It bowls me over,
makes me gluttonous, ravenous,
makes me eat gelato, and pomme frites,
lick pasta with prosciutto in red sauce
from the hollow of your throat,
makes me want to eat pussy,
and cheesecake, and macaroons,
wash it all down with a robust Amorone,
tamp it down with unfiltered, brown, Sherman cigarettes,
makes me want to eat my way
down your menu.

So I went to Whole Foods to get a chicken,
cooked it just the way you like it,
with mushrooms and onions and truffle oil,
stuffed it with wild rice
and naked photos of Ursula Andress,
served it in the kitchen of my high-rise on Spring Street,
watched you eat it,
wolf it down, the same way
I’d like to eat you.

Once, in a moment of recklessness, I fell in love with Phoebe, an older, yet still delicious lipstick lesbian, who swore she would spoil me for any man. My first ex-husband was shacked up with my ex-best friend; husband #2 was lurking, just around the corner. It was a window. Phoebe, a buyer for Bullocks Wilshire, that art deco building gleaming on Miracle Mile, used her employee discount to clothe me in style, bought me silk blouses, linen trousers, tailored suits. She liked her women sleek. Understated. Wild hair tamed into a lacquered updo, secured with antique Japanese combs. I was a whole new me. Squelched. Ladylike, but for the four-inch stilettos and the fuchsia corset sequestered inside my high-buttoned faux-modesty. I reveled in how it arched my back, my breasts thrust forward, an offering. Phoebe liked it, too. She’d trace the corset stays encircling my ribs with her index finger, her eyes glued to mine like Mesmer. Underneath all that polish and restraint beat a frenzied heart. You would not believe how fast that tailored suit hit the floor, stilettos kicked off like a pesky persona. She was a Gold Star lesbian, untouched by men, although plenty must have pursued her, her golden hair and haughty beauty an irresistible lure. I was all in, worshipful; I followed Phoebe around like a dog. She swore she’d been alone for years, that I was her re-awakening, that no one had ever made her come so good. But that night, at her favorite club, the fresh graffiti on the toilet stall wall told a different story: 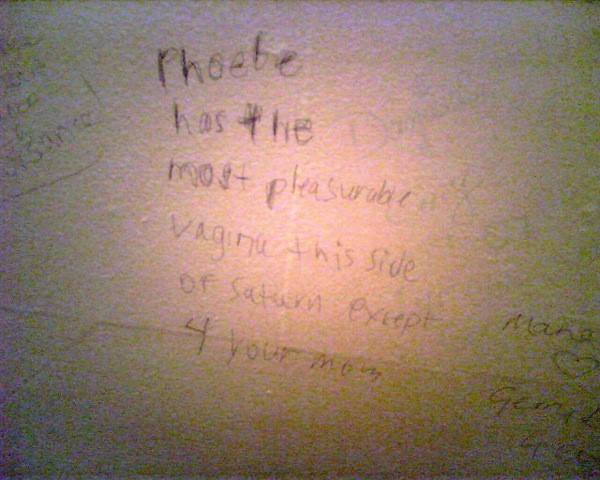 She’s a sloe-eyed Madonna in a black uniform, refilling napkin holders, topping off salt shakers, funneling ketchup from one half-full bottle to another. I, among the faithful, come to worship at her station, always sitting in her section. I’m convinced she’s secretly the Virgin of Feodorovskaya, venerated icon of the upper Volga, the way she must have looked first thing in the morning, brewing coffee, sans Byzantine jewels and heavy crown.

She’s the patron saint of diners, the dispenser of special orders shimmering behind the counter, a saint tethered to the linoleum by tired booths and chipped Formica. When she takes my order, I bow my head, genuflect; her tangled, familiar accent a benediction. When she sees me eye her worn paperback, peeking out of her pocket, The Complete Poems of Anna Akhmatova, she fingers the author’s cover photo with reverence.

I want to remove the pins from her hair, loosen the tight bun, let the blunt wisps fall to her chin, narrowing her high-cheekboned visage. I want to worship at the pout of her lips, nuzzle at her neck’s altar. I want to slip her uniform off her shoulders, bury myself in her Russian-ness, pull her down next to me in the booth, feed her bits of brisket, dill pickle, baklava, give her sips of my tea.

You’re beautiful! I’ll tell her, but she’ll shake her head. She has no faith in platitudes. I’ll take her photo when she’s not looking. Print it as proof of faith, an 8×10 glossy, then bring it to her, an offering. I, too, am Russian (on my father’s side) I’ll say. I, too, carry Akhmatova in my pocket. 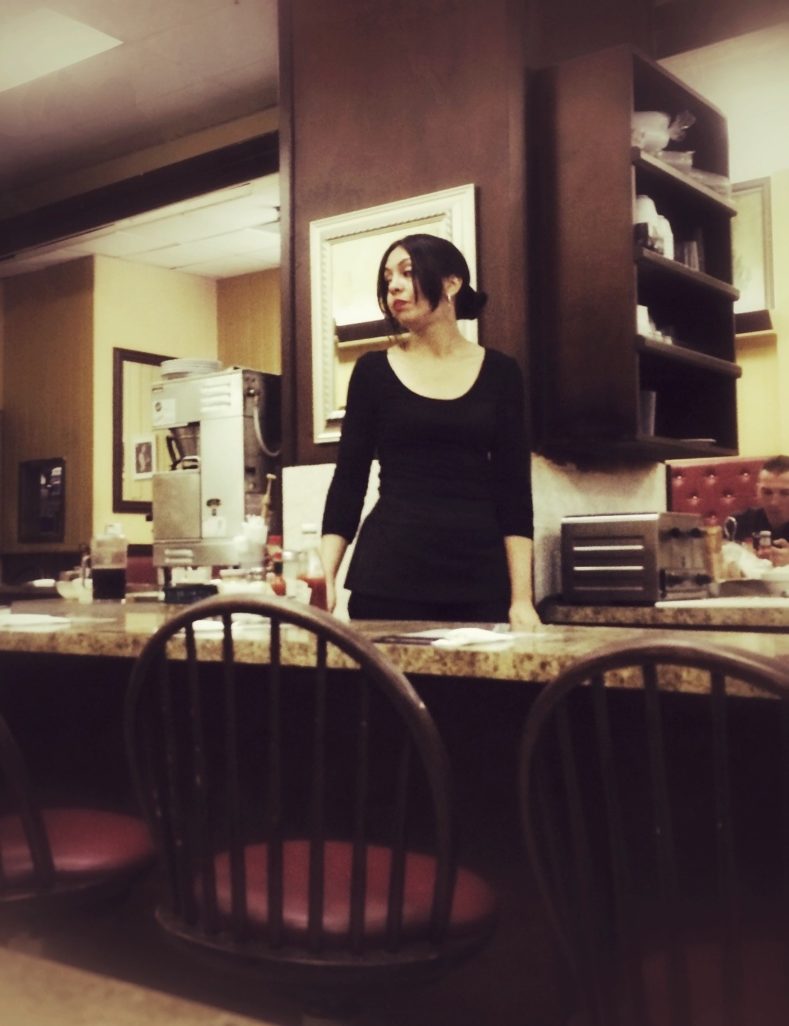 It will be the first time I’ve seen her smile. 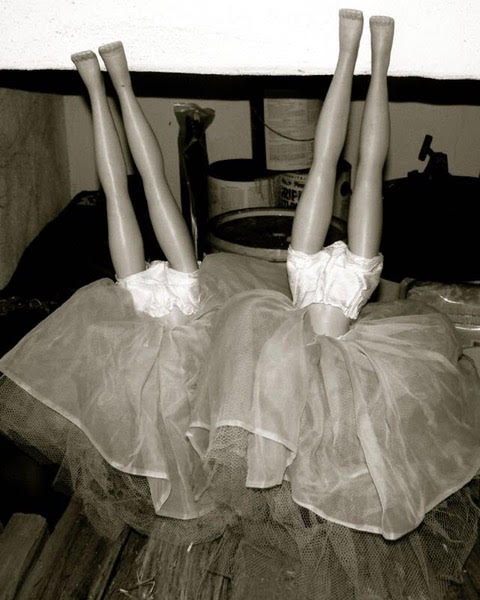 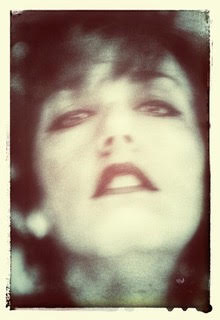 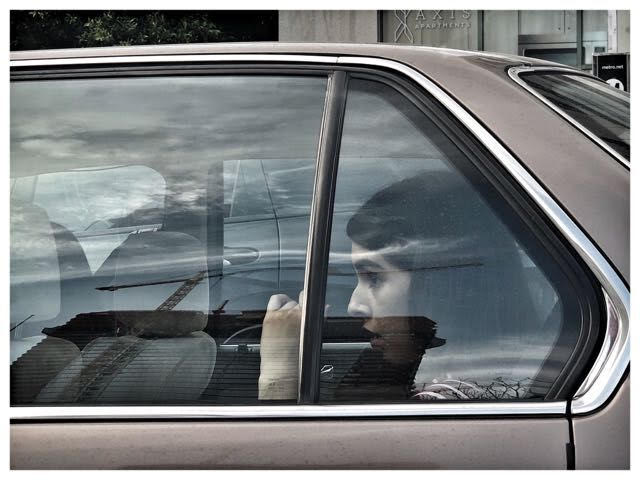 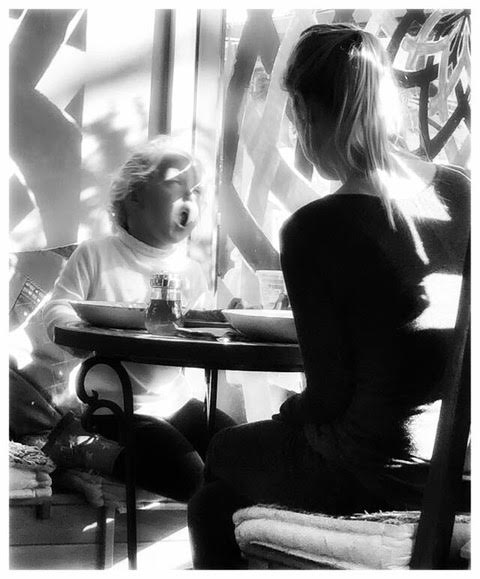 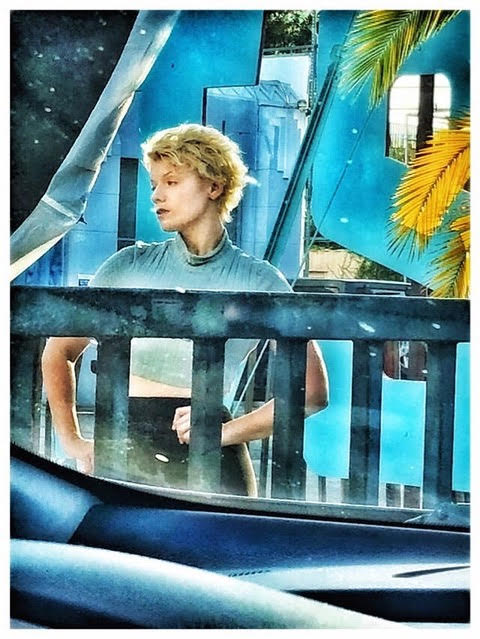 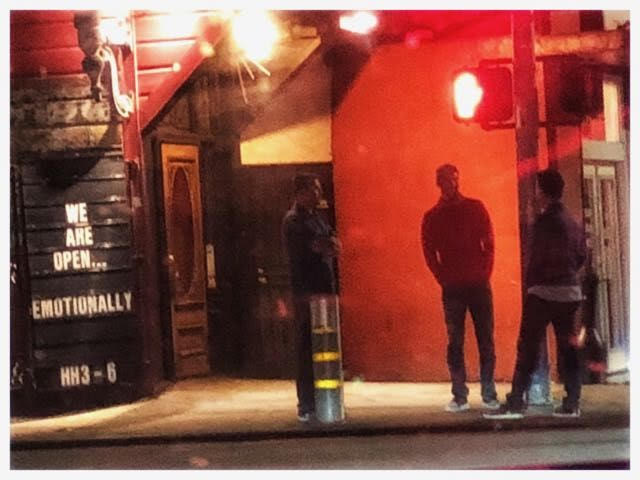 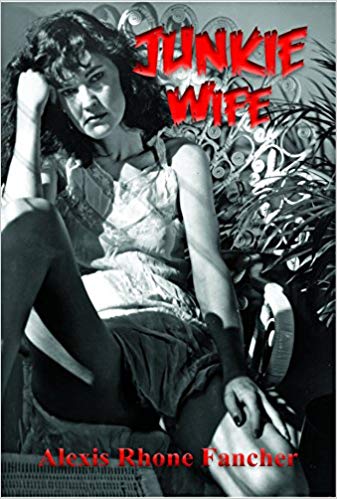 why i prefer injectable narcotics

(the truth that impales me each time i get straight.)

it’s all cake once i’ve found a good vein.
i surrender to the dazzling foreplay
loosen the belt, ease back the plunger
watch my blood flood the syringe.
the gasp, the breath-catch just before i jam
the plunger down, just like
you plunge into me (my cheeks flush)
and the rush? the ride? the afterglow?
better than sex. correction: better than sex with you (i mean).

Divorce Court Barbie™ (Ken™ Drives Away With All of My Things)

But he couldn’t keep it in his Ken Fashionistas Trousers.™
He parked his Glam Convertible w/ Silver Rims™
in Skipper’s™ driveway,
stashed his GPS in her Long & Short of It Pants.™

Then he drove out of her Dinner Date Playset™ and back to
our Barbie Dream House,™ packed a few things in my
Store-It-All Carrying Case™
and dropped me at the Barbie Grand Hotel™ like I was
so much Euro-trash.

Look, Your Honor, nobody came with a warranty,
but unlike Ken,™ my intentions were pure; I lived up to my
Good Housekeeping Seal.

The Ken & Barbie Have Sex Before Marriage Playset™
made sure Ken knew what he was getting into.
Then he got into Skipper.™

I know what you must think, Your Honor.
There are names for dolls like me:

Bad Luck Barbie™
Throwaway Barbie™
– the one Ken™ swears he wouldn’t love if I were the
Last Girl On Earth Barbie.™

The one who’s rendered worthless once you trash the box.

After you kicked me out,
and moved Vicki in,
I spilled my guts to the Armenian drug dealer
at the Glendale Galleria.

He told me he’d fix
my Porsche, pay off my credit cards, keep me
in cashmere and coke,
if I’d let him.
He’d dress me in silk that grazed my ass,
said he liked the whiteness
of my thighs, said if I were his, he’d keep me
out of the sun.

There I was, strung out on dope,
all lanky, pale-skinned
need.

The Armenian drug dealer bought me
4-inch Louboutins and a leash,
bought me
a Stetson to shade my face.
I let him move me
into his condo in Glendale.

The Armenian drug dealer liked to drive
the freeways, had business
in San Diego and Oceanside
and San Juan Capistrano, liked the top down
on the Beamer, liked the way my hair whipped
in the wind. He liked fucking me
in his 3-car garage, pinned
against the hood. He could do it for hours
when I’d let him.

The Armenian drug dealer liked candy on his arm,
quiet candy
that was loud in the bedroom. He liked my ass
raised on a pillow, legs spread
like a Gullwing Mercedes.

I let him do anything he wanted.
He wanted me to tell him about you.

I told the Armenian drug dealer
how you wrapped Vicki in my mother’s embroidered shawl,
how you gave her my grandmother’s amethyst ring.
How you used a rifle to make your point.
How you could only come if you tied me up.
How you papered our bedroom with lies.

The Armenian drug dealer wanted to storm your house
wanted to tie you up with the same ropes you used on me
wanted to rip my mother’s shawl from Vicki’s shoulders
wanted to take the rifle out of your hands
wanted to bring back my grandmother’s amethyst ring.

Statement of Poetics
My writing is predominantly confessional. I look at my life as material. Time as ammunition. I write daily, always at a computer or keyboard. Minimum 4 hours. I edit mercilessly. I think of my poems as product – as flash – as communication. As permission. As life raft.

Artist Statement
I shot my first photos at age ten. My father thought I had talent and bought me a Nikon. I’ve always had a camera in my hand. Another way to interact with the world while keeping myself at len’s distance. I shoot “street” photos with my iPhone 10. In the studio I shoot formal portraits with my Nikon D810, using an 85mm lens. In both worlds, my focus is on revealing my subject, sourcing the humanity that connects us all.

Biographical Notes
Alexis Rhone Fancher is published in Best American Poetry 2016, Rattle, Hobart, Verse Daily,
Plume, Tinderbox, Diode, Nashville Review, Duende, Wide Awake, Poets of Los Angeles, and
elsewhere. Her books include: How I Lost My Virginity to Michael Cohen & other heart stab
poems (Sybaritic Press, 2014), State of Grace: The Joshua Elegies (KYSO FLASH Press, 2015),
Enter Here (KYSO FLASH Press, 2017), and Junkie Wife (Moon Tide Press, 2018), the story of
her first, disastrous marriage. Her photographs have been published worldwide, including the
covers of Witness, Nerve Cowboy, Chiron Review, Heyday, and Pithead Chapel. A multiple
Pushcart Prize and Best of the Net nominee, Alexis is poetry editor of Cultural Weekly. She lives
with her husband on the cliffs of San Pedro, California, a sleepy beach community, 20 miles
from her former digs in downtown L.A. 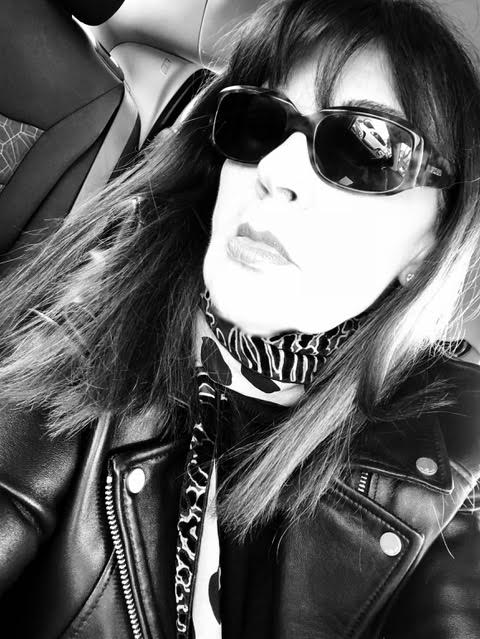 JUNKIE WIFE
ENTER HERE: POEMS
STATE OF GRACE: THE JOSHUA ELEGIES
HOW I LOST MY VIRGINITY TO MICHAEL COHEN
Interview with Alexis in Gyroscope Review
Alexis’ website
Alexis on facebook