It’s a pleasure and priviledge to feature new poetry by the nationally-acclaimed Gerard Sarnat. The first section “from WIPING 2020 SLATE CLEAN  [5+],” a section “from KAFKACETERA  [3], the second section of “Irregular People: M-W-F,”  from his book HOMELESS CHRONICLES: from Abraham to Burning Man (Pessoa Press, 2010), a brief statement of poetics, and previews to four of Sarnat’s published collections of books, all available for purchase on Amazon.

Sarnat’s post-postmodernist, experimentalist poetics builds off and beyond L=A=N=G=U=A=G=E poetry. The short lines “from WIPING 2020 SLATE CLEAN  [5+]” scroll vertically but cannot be read quickly because of the surprising jumps within lines and from line to line, the composition’s superimposition of original imagery (abstract and representational words) and contemporary political references. Sarnat critiques the highly-complex, disturbing political reality—skewed by former, twice-impeached president, Donald Trump, his refusal to concede to president-elect Joe Biden, and his dissemination of fake news to his equally-delusional followers. The first line with its apropos reference to Shakespeare’s Macbeth parallels the doomed Macbeth and Trump, especially now as the Senate Impeachment Trial is due to begin in just a few days.

In “Transformation,” the second section “from KAFKACETERA  [3],” the poet utilizes longer lines to create a creative, poetic narrative for the reader to experience as the event of the poem unfolds horizontally versus vertically as in the first selection of Sarnat’s poem featured in annulets. This section of Sarnat’s longer sequence juxtaposes Ashberian everyday American idiom (rooted in the important modernist poetics of William Carlos Williams) with provocative, philosophical inquiry. Sarnat incorporates references to our shared American TV and film tradition with references film heroes: “this latest loopy as if I metamorphed / from Tarzan to Charlie Chaplin.” The second stanza begins with “Daddy, I loved you as the sea horned moon” and speaks to the poet’s close relationship to his children and grandchildren.

but rather of Senate

of motion to throw

has standing to sue

the bronze birdbath so

in while their ladies

waiting to use what

Doors just opened. But this latest is loopy as if I metamorphed

from Tarzan to Charlie Chaplin. Obsessed with onomatopoeia and

assonance boxed sets?  Give me a break: no Hemingway Left Bank

celeb seductee, if muses stalk moi, a Cheeto-eater in underpants

they might stalk anyone. Exceptionally dedicated never to publish

Daddy, I love you as the sea the horned moon.

The sun unconcerned continues its arc.

A she-wolf calls me home.

one last golden egg, the germ I must grow and share

from HOMELESS CHRONICLES: from Abraham to Burning Man (Pessoa Press, 2010)

“Sorry, Sir, we don’t do pain scripts here. I’m no shopkeeper.
Community clinics work better that way
for most everyone in the long run.”

“Screw you, dude, I was told you was different,
but you’re a prick like the rest.
Better be careful – or …”

Covering my back, big black cuz puts an end to that,
taunts the outsider, “You’re on the nod, tomato can,
– it’s time to move on, and make it quick.”

My Chi-town chum Sam unhooks his bike from the train’s eco-rack.
Boom box atop paraphernalia balanced on handlebars,
crossing the ties, he rides over his latest paranoia.

“Ger, I’ve definite proof your smirks fibbed all along
about us both attending O’Keefe Grammar School – why screw
my head up the butt of your cryptic uncathartic clinical shit?

If you closed your eyes, maybe you could finally see something.
I’m gonna sic Legal Aid on your fucking friendship lip service ass
should you refuse to cease and desist.”

Alma Rose, all kindhearted lard and grins, heartache and breakdowns,
fiddles brilliant water color beach primitives of now foster twins:
I’ll buy one for rent money, try to get some into Stanford’s Fair.

Ain’t it time you start ooching them Christians
to raise that long green, get me on the tits and cunt fast track?
By the way, what color is they, Poles or Italian?”

– no NutraSweet ‘til we reopen day after tomorrow.

An apostate commonly caught up in the wash of a sunny big square state,

I got taught nodding Yessir to Pops and Gramps about pumping gas, slopping
the hogs then squeegeeing their crap off the pickup, in the end is what really counts.

Absconding self-conscious introvert, I bathed in Waldorf Cafeteria shadows
of cigar circles whose prodigies fueled my piggybacking doom: Disregard pale fools
who raised you, kiddo. That’s what this damaged rube from the other side of the Rockies

a brief statement of poetics:

“Real” life  suffuses my work. High-stress medical career, leisure around family in a forest, confronting climate change. Humor and poetry interact with each other to keep this mid-septuagenarian feeling energetic, happy, and useful. Brave poetry is important to me because such gyrations elevate life, both by reading others’ work (think Rumi, Sylvia Plath, Frederick Seidel, Bob Dylan, Leonard Cohen)  and creating my own which expresses Sarnat’s voice, makes me happy, perhaps keeps me young(er) Gerry.

Gerard Sarnat won San Francisco Poetry’s 2020 Contest, the Poetry in the Arts First Place Award plus the Dorfman Prize and has been nominated for handfuls of 2021 and previous Pushcarts plus Best of the Net Awards. Gerry is widely published including in Buddhist Poetry Review, Gargoyle, Main Street Rag, New Delta Review, Northampton Review, New Haven Poetry Institute, Texas Review, Vonnegut Journal, Brooklyn Review, San Francisco Magazine, Monterey Poetry Review, The Los Angeles Review, New York Times, London Reader and Review Berlin as well as by Harvard, Stanford, Dartmouth, Penn, Chicago, and Columbia presses. He’s authored the collections Homeless Chronicles (2010), Disputes (2012), 17s (2014), Melting the Ice King (2016). Gerry is a physician whose built and staffed clinics for the marginalized as well as a Stanford professor and healthcare CEO. Currently he is devoting energy/resources to deal with climate justice and serves on Climate Action Now’s board. Gerry’s been married since 1969 with three kids plus six grandsons and is looking forward to future granddaughters. 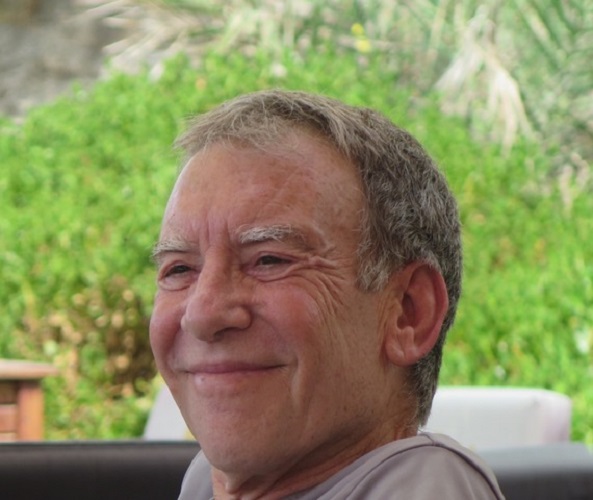